First, I just finished my President's Day Unit. I realize it's a bit late, I've been using parts of it over the last week and will finish it up with my kids next week. If you would like it you can find it here at Teachers Notebook and here at Tpt. 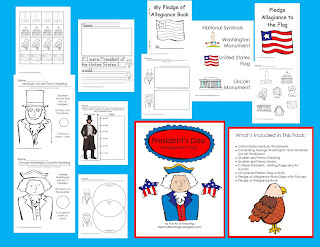 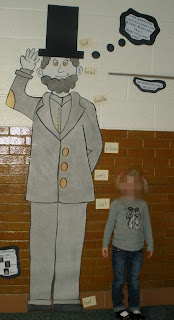 Next, here is a really fun idea I found on pinterest for President's Day. It really didn't take me long to make it, maybe an hour and then I had all of my kids take a picture next to him. Next week we'll do a writing assignment about how tall they are and where they come up to on Pres. Lincoln. Should be fun!!!


Ok, here's a math idea that I used with my kinders the other day to focus on addition. We're going to be starting addition folders soon (where they are timed) and we've been spending a lot of time on just learning the skills. I actually have a really great lesson/idea for it as well that I'll be posting later: Cookie Math. The kids love it! Until I have it finished though, this is another way to teach addition. 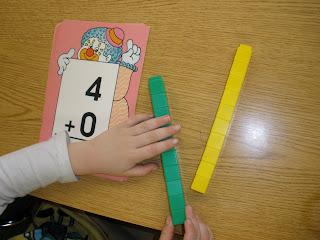 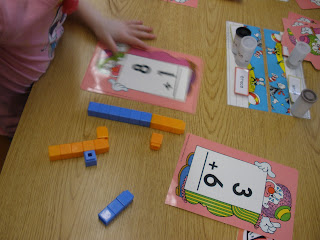 The last thing I want to share is: HUG JUGS. These are the containers we used for our Valentine's Day party to take our Valentine cards home. They were WONDERFUL! None of them ripped, lost cards, etc, like many of the paper made ones do. I just had students bring in empty jugs for two weeks and by the end we had enough. I do have to admit that this was not my idea though, I can not take credit for it. The other kindergarten teacher at our school came up with it, and it was perfect! The kids traced their arms and hands on colored paper, cut them out and then glued them around the jug to give them a HUG. Then they decorated them with stickers. So cute! 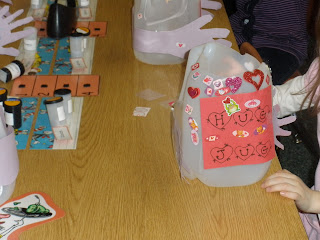 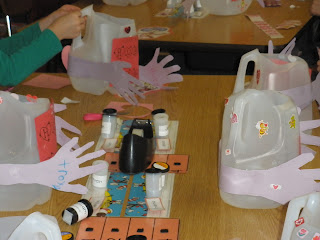