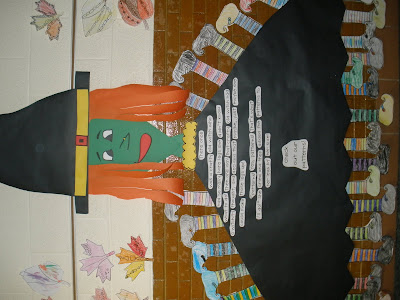 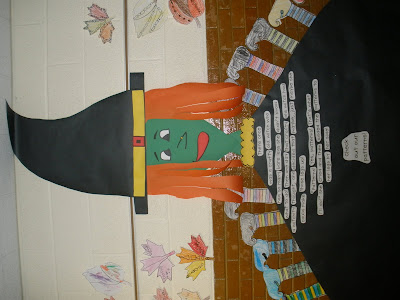 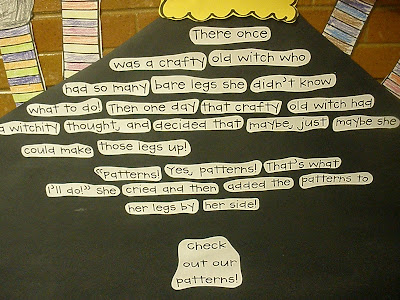 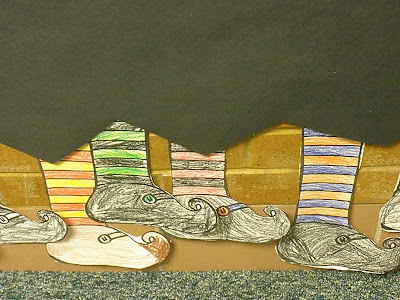 This was so much fun to do today! Each of my kids made a pattern on a witch's stocking (they could make any kind of pattern they wanted) and then we put them all around a giant witch. I saw this idea on pinterest but they were having the kids make their own witches; we just didn't have the time for that, but I actually think this turned out better. In order for it to make sense, I had to come up with my own poem/saying to go on the inside but I think that it turned out alright. It goes like this:

There once was a crafty old witch who had so many bare legs she didn't know what to do! Then one day that crafty old witch had a witchity thought, and decided that maybe, just maybe she could make those legs up!
"Patterns! Yes, patterns! That's what I'll do!" She cried,
and then she added the patterns to her legs by her sides!
Posted by Bri at 5:27 PM